Singapore Airlines is the national carrier of Singapore and operates from Changi Airport, the country’s main international hub. StudentUniverse has partnered with the airline - which has been voted the world’s best for the last two years running! - to create some fantastic student and youth discounts for UK travellers. Just search using the box above to see what’s currently on offer.

Where does Singapore Airlines fly?

Singapore Airlines will fly you directly from the UK (choose from either London Heathrow or Manchester Airport) to Singapore and the journey takes around 13 hours. Singapore itself is a hugely popular place to visit for UK youth travellers and acts as a perfect introduction and gateway to the wider South East Asia region. Just as a little FYI, there is also a direct Singapore Airlines flight from Manchester to Houston, USA.

Once you’re done exploring the Lion City (as Singapore is fondly known to its locals), which offers a blend of futuristic cityscapes and traditional markets, you can use Singapore Airlines to travel further afield, with flights to over 30 countries across five continents.

If you want to remain in the general Asia region, you can fly to major cities in Australia, Cambodia, China, India, Indonesia, Japan, Malaysia, New Zealand, South Korea, Thailand and Vietnam.

If you want to travel further, the world is your oyster, with major Middle Eastern, European and American cities served, including Dubai in the UAE, Paris in France, and Los Angeles in the USA.

How is Singapore Airlines Economy Class?

Singapore Airlines Economy Class is up there with the best in the world. Skytrax - the leading authority in such matters - has given it a perfect 5 star score overall, singling out its seat comfort, quality of meals (which are complementary, as are alcoholic beverages) and inflight entertainment out for particular praise.

Speaking of that all important entertainment, the airline has seen to it that you won’t feel bored for a moment, even on the longest flights. There are an incredible 1800 options on your own personal screen for movies, TV shows, music and games, meaning you could fly around the world several times over and still have plenty of hours to fill. When it comes to films, expect a full selection of recently-released blockbusters, alongside classics that never get old.

How to get cheap Singapore Airlines tickets?

One of the best ways to get discounts and best priced tickets for Singapore Airlines is to sign up with StudentUniverse and search for flights through our booking system. We often have exclusive deals, and always have highly competitive prices. Students are often able to get special rates.

Singapore Airlines is better than good. It’s better than great. In fact, it’s better than the entire competition, having been ranked as the world’s best airline for the last two years by TripAdvisor. It enjoys top scores when it comes to things like comfort, safety and entertainment. And the service from the crew tends to go above and beyond, no doubt helped by the fact they are trained for four months, which is twice as long as the eight weeks of most other airline training programmes. 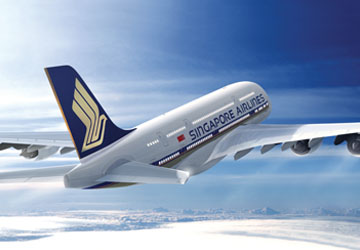 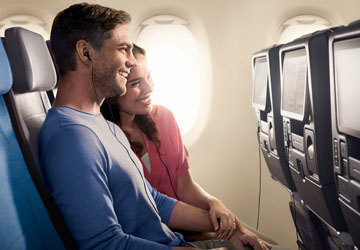